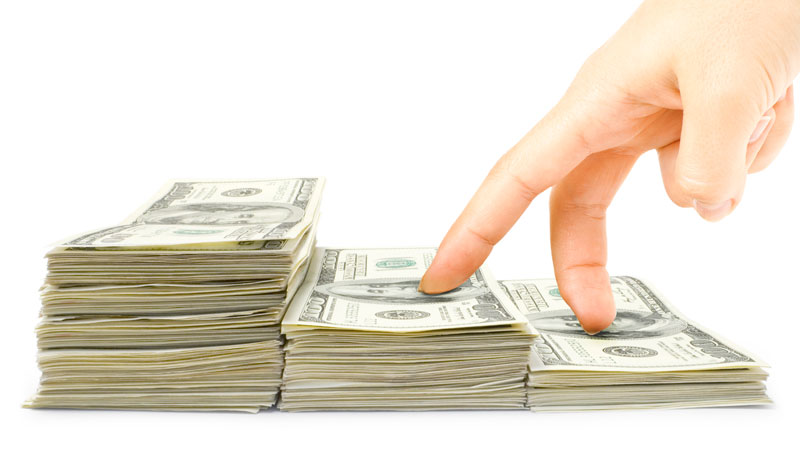 Now that we have a divided Congress again, we can all sit back and enjoy the gridlock that is headed our way.

But, as I always like to say, the MOST important thing you can be doing is tending to the state of your own mind, so that you are able to be focused on those things that most concern your family and financial world.

And yes, I know that’s “easy to say” as somebody who has built a business in Louisville, and is making certain progress … but it’s also because I have chosen to focus on these things that we are even having this conversation right now.

So, if you want to add focus to those more private matters and you need somebody to pay attention to how upcoming Congressional actions will be affecting your finances … well, that’s exactly what we’re here for. We pay attention to these things so you don’t have to. It’s just what we do.

With all of that said (and speaking of habits that will help you), I’m returning to one of my favorite topics today. Would love your thoughts…

One Significant Habit Of The Wealthy In Louisville — Generous Charitable Contributions

“My best friend is the one who brings out the best in me.” – Henry Ford

We’re into the final quarter of 2018, and since this is the biggest quarter of the year for giving, I’d like to take the opportunity as one of your financial advisers to make a few points about giving to charity.

Because with more taxpayers taking the standard deduction than has been done in years past (at least in terms of what people are projecting for this upcoming year), there are some who might be wondering if they should be as aggressive about charity as they have been in the past.

In which case, allow me to posit a question:

Why do you give to charity? Is it for the tax deductions … or for a different reason?

Now, as someone who prepares tax returns (and who figures out all the many new ways we can keep more of your money in your pocket), much of what we do revolves around tax avoidance strategies. I have ZERO problem whatsoever in helping my Louisville clients use all available strategies to their utmost, ethical advantage. But I love it when I see my clients and friends make giving decisions which seem to run counter to immediate, short-term self-interest.

And, I believe it’s actually enlightened self-interest in the long run. And not just in our sense of feeling good.

I also see the balance sheets of people from every walk of life and every kind of income class, and over the years I’ve noticed an interesting phenomenon: individuals and families who make giving a priority, even when they aren’t “wealthy” by others’ standards, seem to eventually do better in the long run. And I do mean financially — not just in their state of mind.

(Though, there are great “state of mind” reasons for giving. Have you seen, as I have, that those who freely give seem to be much more pleasant company?)

In my line of work, I have made it a point to observe how money works. And, for some reason, money gets attracted to those who aren’t in hot, desperate pursuit of it. It’s almost like in romance — potential lovers are usually turned off by the overly-aggressive seeker.

So, because of (and not despite) the shifting nature of how charitable contributions might be counted on your taxes, may I suggest that you consider increasing your giving? You might be surprised by what happens in your heart. And, dare I say, in your balance sheets.

Lastly, let me also say that just because you give — you don’t have to be a dunce! We can help you determine the most tax-advantaged way under the “new” tax code for you to do your giving, if you want that advice.

We’re only an email or phone call away.

More from my site

NEW STRATEGY FOR YOUR FINANCES

HOW CAN WE HELP